What happens when a culture becomes comfortably numb and passively accepting of what we feel is unchangeable? Be the change you wish to see in the world sounds great and hopeful. But when the need for change is so overwhelming, it’s often difficult to see how any one person can have an impact.

DomesticViolence.org reports 12 million victims of domestic violence each year. With our culture’s lack of awareness about domestic abuse, it is not only inhumane, it’s deadly.

Consider these statistics, as shared by WomenAgainstCrime.com:

Many Types of Domestic Violence

Domestic abuse almost always involves a repetitive pattern of dominating or intimidating behavior that attempts to reduce its victims to nonhumans.

Domestic violence (DV) is anything but a clear-cut problem. It takes on many forms and is more complex than most crime shows can begin to represent. Domestic abuse almost always involves a repetitive pattern of dominating or intimidating behavior that attempts to reduce its victims to nonhumans.

The most common forms of domestic violence are:

When you’re living through the hell of domestic abuse, you become numb to it, downplaying or denying the seriousness of what’s happening. As the pattern of abuse continues, you grow accustomed to living in fear, to feelings of self-loathing and to the desperation of feeling trapped. This is why so many victims don’t even think about reporting it.

How pervasive is domestic violence? In 2017, of the 87,000 murders committed around the globe, 58% were victims of domestic violence, according to DomesticViolence.org statistics. And yet, less than 25% of domestic physical assaults are reported. Even fewer rapes, 20%, are ever reported.

Domestic violence is as criminal as it is pervasive. It is crucial to remember that physical abuse, assault, or battery of a spouse or intimate partner — of anyone, inside or outside the family — is a crime. This crime should be reported.

People mistakenly assume that domestic violence is always physical, that there must be physical evidence. But emotional, verbal, and sexual abuse are also domestic violence. These abuses leave deeper wounds that live even beyond the life span of physical injury.

Domestic violence awareness means we, as a culture, begin to understand that abuse is a monster that has many faces.

If any of the above information feels familiar, you may be asking the question, How do I know if I’m in an abusive relationship? This is a very important question to ask. 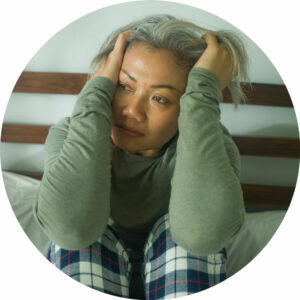 Domestic violence is more than what you might think, says Havi Kang, Clinical Director of Willow House for Women. “The more you know about what DV is,” she says, “the more triggering it can be, like, ‘Oh my god, that’s happening to me.’ ”

Most abusive relationships follow a distinctive pattern of intimidation, humiliation, and physical abuse. Easily recognizable from the outside, but especially difficult to break for the victims, the cycle of domestic abuse looks like this:

Tension Builds
This is the stage when a partner is constantly in alert-mode, walking on eggshells, in fear of the moment when the underlying anger will erupt. In an effort to keep things calm, the victim does everything she can to appease her partner.

An Abusive Incident
When the tension breaks, it usually manifests itself in a physically or emotionally abusive incident that is intimidating, humiliating or controlling. Whether it is physical or not, the incident is abusive.

The Honeymoon/Make-Up Phase
After the tension is broken by the abusive incident, the abuser may apologize or try to “make up” for the abuse, promising to change and never do it again. When the victim accepts the apology or agrees to stay, the cycle begins again.

Willow House for Women, Kang says, creates “a safe place for domestic abuse victims to open up about their stories, find validation for their experiences and explore what recovery is going to look like …. We help them build a safety plan — a crisis plan — to get out of that situation.”

Chances are that you or someone you know is a victim of domestic abuse. If anything you’ve read has triggered your own abuse, you can take heart in knowing there is hope. Reach out to friends, family, or a domestic abuse hotline for free, confidential support. You are not alone. You are worth so much more than even you know. Hope and change is possible.