When you think about all the people in your life, the chances are quite high that you or someone you know has experienced some kind of sexual trauma.

After all, according to the Rape, Abuse & Incest National Network (RAINN):

Sexual violence exists in all communities and impacts people of all genders and ages. And with all of that, we’re still tragically uncomfortable talking about it.

For decades, there has been ongoing debate as to what kind of language we should use when describing those who have experienced sexual violence. Words have power, and they play a huge role in how we frame the world in which we live. So, when it comes to the word “victim,” we need to get it right.

For decades, there has been ongoing debate as to what kind of language we should use when describing those who have experienced sexual violence.

So, what are the origins of the word “victim?” According to the Oxford English Dictionary, the word originated in the late 1400s as reference to religious sacrifices. By the 17th century, “victim” came to include anyone hurt, cheated, or fooled by another person, or one who is killed by disease, disaster, or violence. With the advent of Google and social media, the term “victim” packed on enough judgment to silence victims of every kind.

Almost any way you look at it, “victim” contains a negative connotation, implying weakness and inferiority. And in our rape-sick culture, it often circles up with slut-shaming and culpability. All too often, “victim” has been usurped to shame those who have been victims of sexual assault.

“We have bastardized the word to the point that it’s used to diminish, discredit, and disparage anyone who has endured the worst of humanity,” Danielle Campoamor writes in Harper’s BAZAAR. “Victim [has become] synonymous with a person with a weak state of mind who is helpless in all areas of life and can’t take responsibility for their actions.”

How accurate can one word possibly be to adequately describe such a horrific violation in one’s life? Simply put, it can’t.

“Survivor,” on the other hand, comes with its own set of preconceived notions.

Campoamor continues: “’Survivor’ paints a misleading picture of victimhood and healing, while silently promoting a super-human response that encourages victims to ‘get over’ an unspeakable violation … I am a survivor who has ‘made the best of a bad situation’ and found some otherworldly way to conquer trauma so that others can ‘learn’ from my experiences … I am brave. I am capable. I am still healing.”

It is not the victim’s responsibility to make society feel better about itself by sugar-coating the sexual violence she endured. Neither should a victim be subjected to suspicion based on false presumptions.

It is not the victim’s responsibility to make society feel better about itself by sugar-coating the sexual violence she endured.

One of the biggest myths perpetuated by today’s culture, as reported by Brown University, is that a high percentage of rape reports are false. In fact, false reports are very rare, with some studies reporting rates as low as 2%. 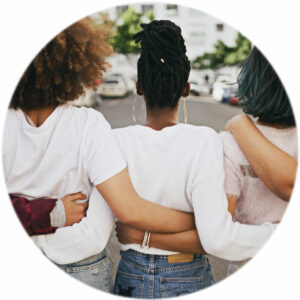 Many who have survived sexual violence feel the word “victim” is important because it refuses to diminish the life-altering violation they endured, without consent and through no fault of their own. It spits back at a culture wielding the word as a sword to keep them silent. Some feel that “survivor,” on the other hand, offers little to no justice.

Kate Harding, who was raped at 17, has written extensively on rape culture. She wrestles with “victim” versus “survivor” in her TIME magazine essay that asks, “What’s Wrong With Being a Victim?”

“Any attempt to sort human beings into categories necessarily shaves off some of our humanity, replacing each unique individual with a type. Would you rather be the victim type, who courts and marinates in adversity, or the survivor type, who triumphs over it? Are you a pawn, pigeon, prey or a strong, capable woman who courageously saved her own life?” she asks.

Ultimately, Harding says, those who have experienced sexual violence must decide for themselves which word rings truest in their unique stories. The rest of us need to listen before we speak. Before we say anything that adds to their pain.

Whether victim, survivor, or some fusion of the two, for those who have experienced sexual trauma, there are devastating, long-term effects. Consider this:

Sexual trauma survivors, as reported by RAINN, are 10 times more likely to use major drugs. Anxiety, depression, addictive behaviors, and other mental health issues can spiral into negative patterns, shame, and toxic beliefs that make survival an ongoing exercise in self-destruction.

At Willow House at The Meadows, we specialize in sexual trauma therapy using a research-backed approach that helps women move forward. We understand that healing sexual trauma is a journey, a series of steps toward processing and wholeness. We can give you the tools to begin or continue that journey.

Survivor or victim, the individual must decide for herself. It’s her story. And if she needs light to help her turn the page or find her voice in it, we are here to help.