Acquire
< Back to Blog 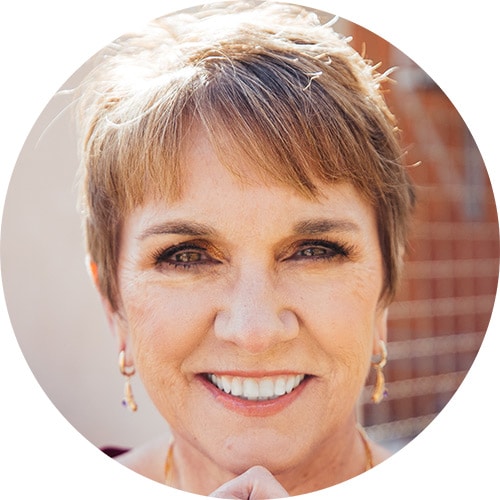 Addiction encourages trauma and trauma can encourage addiction. This process becomes a vicious circle or negative feedback loop, with trauma contributing to addiction, which in turn fuels more trauma, which encourages still more addiction, and so on and so on. The Claudia Black Young Adult Center treats substance and process addictions, recognizing them to be primary disorders which reinforce each other and are often fueled by traumatic experiences. Here are some examples of how this process plays out:

Brent grows up with a highly critical father. Nothing Brent does is ever good enough. His father routinely compares Brent to his two older brothers, who are both excellent athletes and consistently get high grades (TRAUMA). In contrast, Brent struggles in school, and his father repeatedly accuses him of being stupid and lazy (TRAUMA). (Later, in his twenties, Brent discovers he has a learning disability.) Brent’s mom, a professional singer who is on the road most of the time, is distant, busy, and preoccupied (TRAUMA). She leaves most of the child-rearing to her husband. In high school, Brent becomes part of a group who spend much of their time partying together. Collectively, they find solace in drinking and smoking weed (USING DRUGS TO SELF-MEDICATE). By the time Brent is twenty-five, he is addicted to alcohol and pills (ADDICTION). One night, driving home drunk from a party with his buddy Gary, the car hits a patch of ice, spins out, and crashes into a deep culvert. Gary breaks both legs (TRAUMA); Brent suffers a serious brain injury (TRAUMA). He is prescribed pain pills, which only further fuels his out-of-control drug use (ADDICTION).

Kim grows up with a severely alcoholic father and a hypercritical mother (TRAUMA). From the time Kim is in kindergarten, her mother is preoccupied with Kim’s body and weight. Soon after Kim turns nine, her dad goes into rehab and stops drinking. A month after that, her mom reveals that she has had a long-time boyfriend and runs off with him (THE TRAUMA OF ABANDONMENT). For the next eight months, Kim’s parents fight over her in an angry and acrimonious divorce (TRAUMA).

At fourteen, Kim is exercising excessively to keep herself thin. She binges on junk food, then sticks her finger down her throat and vomits it up (BULIMIA NERVOSA). She also begins to party—drinking excessively and taking large amounts of opiates. One night, when drunk, she passes out and is raped by several guys at a party (TRAUMA). One of them posts a video of the rape on social media (TRAUMA).

Kim’s humiliation, shame, and inability to reach out to her parents continue as does the partying, binging, bulimia, drinking, drug use, and the sexual assaults (TRAUMA). By age twenty-four, Kim uses heroin and alcohol addictively (ADDICTION). By age thirty-one, she has attempted suicide three times.

In late 1998, Julie fell while riding a horse (TRAUMA). Her pelvis was seriously injured, and her doctor prescribed oxycodone during her recovery. In the process, she became addicted to pain pills (ADDICTION). Three years later, Julie’s husband, a firefighter, was one of the first responders to the 9/11 attacks. He was in one of the towers when it collapsed; his body was never found (TRAUMA). Suddenly widowed, with traumatized boys ages seven and nine, Julie began to drink herself to sleep each night (ADDICTION). As the months and years passed, Julie’s drinking and pill usage kept her in bed longer and longer (ADDICTION). She became moody and unpredictable. The boys became more self-sufficient, asking less and less of her. This enabled Julie to take even more pills and alcohol (ADDICTION). By the time Leo, the oldest child turned fifteen, Julie was profoundly depressed, sometimes nearly manic, occasionally overly reactive, and at times disengaged from everything. She provided little structure or support for the boys other than meals, clothing, and an occasional hug (THE TRAUMA OF ABANDONMENT). In response, Leo threw himself into school and school-related activities. The younger boy, Bryce, stayed in his room, compulsively surfing the internet and playing video games, becoming steadily more isolated from everyone and everything. Eventually, through an intervention led by her physician, Julie was able to stop using and get into recovery. She woke up to an older son in community college who was quite responsible, and a younger son who was showing signs of gaming and porn addiction (ADDICTION).

Trauma and addiction routinely cause, encourage, and reinforce each other. Because they so often interact, they need to be treated together and not as two separate, unrelated conditions.

As a therapist, whenever I see one, I’ve learned to always look for the other. Even when trauma and addiction are quite serious, it is possible to recover from both.

Author: Unspoken Legacy: Addressing the Impact of Trauma and Addiction Within the Family